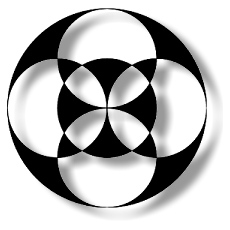 Ambisonics is a widely employed format for capturing, transmitting and decoding spatial audio, employing 1, 4, 9,16 or 25 channels. The Two Big Ears TBE format is an 8-channels format employed by the Facebook's Spatial Workstation and being part of the "spatial audio" 8+2 channels available for Facebook's 360 videos.

This web page provides information about the conversion between Ambisonics and TBE formats, allowing users of the excellent Ambisonics suites of plugins currently available such as Ambix by Matthias Kronlachner or O3A by Richard Furse, to convert their mixes for creating soundtracks for the Facebook platform with minimal loss of spatial information.

Some info is also provided on techniques employed for converting back the TBE signals to horizontal-only 2nd-order Ambisonics, allowing for monitoring of the soundtrack of a Facebook 360 video employing a standard Ambisonics decoder feeding a loudspeaker rig, instead of employing headphones.

An Ambisonics multichannel sound track is not based on the concept of "position of the loudspeakers", as in a stereo (Left-Right) or "surround 5.1" (Left, Right, Center, Sub, Left Surroudn, RIght Surround) formats.

Instead, the complete spatial information is represented by a number of "spherical harmonics" signals, at increasing orders. The number of signals for each order is increasing, and the corresponding polar pattern of the equivalent "virtual microphone" are shown here: 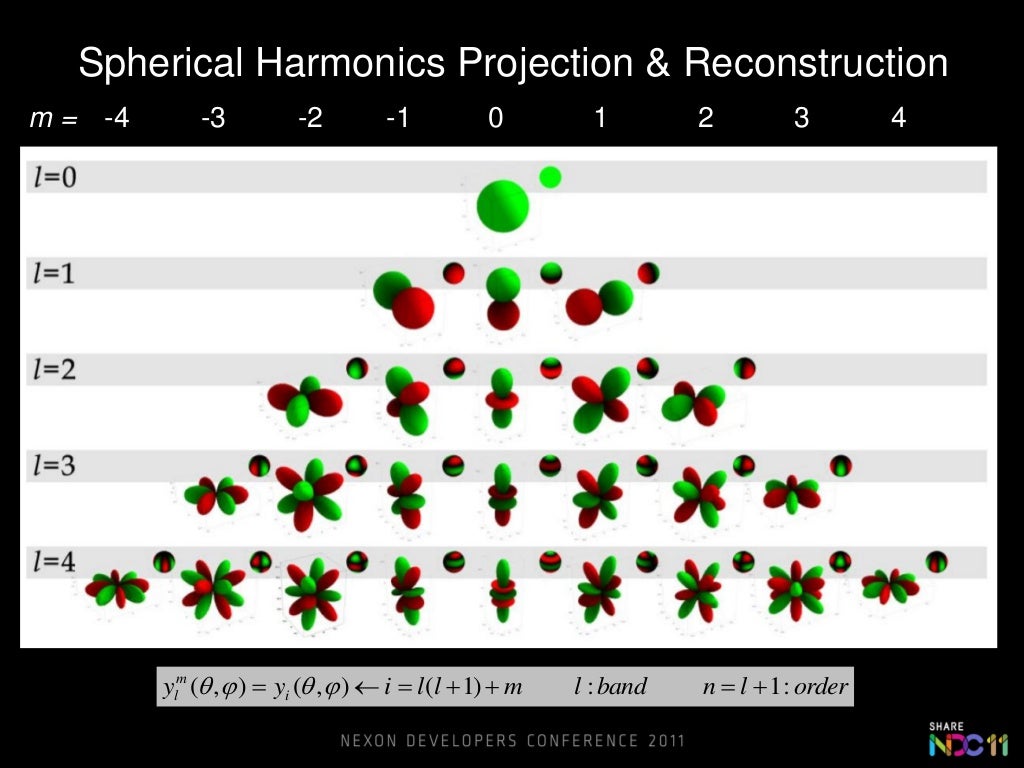 A 16-channels Ambisonics stream (3rd order) can also be created synthetically, starting form a mono track and employing a software tool (typically a VST plugin) known as an "encoder" or a "panner".

Two excellent and free tools are widely used nowadays, which are included in the plugin suites named Ambix and O3A:

Recently O3A was updated, including a "graphical" panner, which allows to use a background equirectangular image for showing the position of the sound source being panned around:

Due to the current availability of excellent microphone arrays and panning tools, capable of full 3rd order, nowadays it is considered completely obsolete and low-quality to employ the crappy, old 1st-order Ambisonics format (4-channels) either for recording and for mastering. Better to employ a complete workflow all at third order (16 channels), and eventually downsize it to a smaller number of channels for delivery, but also keeping the master at the highest possible spatial resolution.

Ambisonics is hierarchical, so downsizing to 2nd or 1st order is trivial: just remove the last 7 channels for getting a 9-channels 2nd-order soundtrack. Further discard the last 5 channels, and you get a a 4-channels 1st order. This is true both employing the old-style choice for channel numbering and scaling, called Furse-Malham (FuMa), not used anymore nowadays, or the modern version of Ambisonics channel numbering (ACN) and scaling (SN3D), called Ambix.

But converting a 3rd-order (or 2nd-order) Ambisonics soundtrack to the "proprietary" TBE format (8 channels) is not so trivial, and hence the need for the information contained in this web page.

First of all: why the TBE format only employs 8 channels? This is due for compatibility with a number of old, but still widely employed, Digital Audio Workstation programs (DAW), such as Avid Protools.

Of course, modern DAWs, such as Reaper, do not suffer of such old-times limitation, and can easily manage soundtracks containing 32 or even 64 channels.

However, Protools is still the most widely employed DAW on professional studios, albeit Reaper is growing rapidly, not only for his superior technology, but also for the more affordable price.

The Facebook Spatial Workstation is mostly based on two VST plugins: the first is called Spatialser, and operates as a panner for a mono source:

Up to 7 mono sources can be panned around with this tool. The second is called Control, and operates as a virtual room simulator for an already-encoded 8-channels TBE stream:

The Control plugin can also work as a realtime binaural rendering tool, staying in synch with an equirectangular video being played on an Oculus Rift device attached to the computer.

The following Plogue Bidule setup is a typical workflow for encoding a mono source into an 8-channels TBE soundtrack, which is saved to a file:

However, currently no microphone system is capable of delivering a ready-to-go 8-channels TBE stream, and most sound engineers prefer to master in 16-channels 3rd Order Ambisonics, instead of in 8-channels TBE.

From Ambisonics to TBE

So we have now a nice 16-channels Ambix recording:

And we want to convert it to TBE 8-channels. The solution, of course, is NOT to drop the last 8 channels!

The TBE format is not a standard Ambisonics format, instead is some sort of "mixed order" Ambisonics, in which two of the 9 channels of 2nd order (namely, channels named Z and R) have been summed together, for reducing the channel count form 9 to 8.

The conversion formulas from Ambix to TBE, obtained by trial and errors, are the following:

And these formulas can be implemented in Plogue Bidule, as follows:

If your DAW does not allow to enter easily these gain factors, as in Plogue Bidule, you can always use X-volver with a proper 9x8 FIR filter matrix, as shown here:

From TBE to Ambisonics (to surround)

In theory it is impossible to go back from 8-channels TBE to 9-channels 2nd-order Ambisonics, as one channel is missing.

However, the loss of information only affects the vertical information, as channels Z and R were summed.

This means that from the TBE signal it is possible to recover a perfect 2nd-order horizontal-only Ambisonics stream (5 channels), which is perfect for driving a "surround" horizontal-only loudspeaker rig, such as a "standard" 5.1 system, or, better, a perfect centered octagon rig (8 channels, with loudspeaker #1 in front of the listener):

A number of excellent 2nd-order Ambisonics decoders are available for free: for example, for a 5.1 loudspeaker layout, the Wigware decoder by Bruce Wiggins provides excellent performances:

For an Octagon, I would recommend the Ambisonics Bidules by Aristotel Digenis.

For feeding a standard 2nd-order horizontal-only decoder, typically a set of just 5 channels is required, with FuMa channel ordering and scaling.

It can be seen that the gains required for converting back from TBE to Ambisonics (FuMa) are the following:

The FIR filter matrices and the Plogue Bidule configuration files can be downloaded here:
http://www.angelofarina.it/Public/Xvolver/Filter-Matrices/TwoBigEars-encoder/

All the contents are Copyright by Angelo Farina, 2017